The Midwest Peregrine Society is comprised of private citizens, and individuals from universities, colleges, state conservation departments, corporations, and conservation organizations from 13 states and 2 Canadian provinces.

A Society formed to ensure the survival of Peregrine Falcons in the Midwest U.S. and Canadian Great Lakes region through scientific research, public education, and field monitoring.

Widespread use of pesticides in the 1950s and 1960s eliminated many peregrine falcon populations. One particular chemical, DDT, caused peregrine eggshells to thin, resulting in egg breakage and reproductive failure. Fortunately, DDT was banned in the United States in 1973. 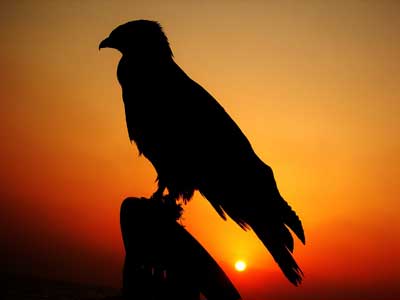 This ban helped clear the way for recovery efforts, although DDT is still used in other parts of the world and falcons that migrate to these areas are still at risk.

In the mid 1970s a few determined and passionate falconers led by The Peregrine Fund, then at Cornell University, pioneered captive breeding and release techniques which facilitated restoration programs throughout the United States. Release efforts began in the Midwest in 1982. Captive-bred chicks have been released from cliffs, towers, and tall buildings where they were monitored and given assistance while learning to fly and become independent. The chicks that fledged and survived from these hack sites were the beginning of new generations of wild peregrines. 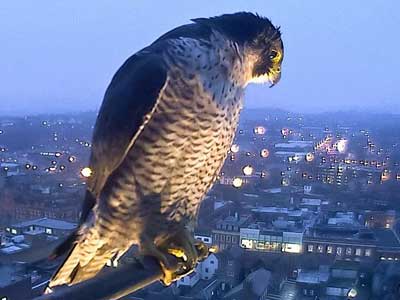 In 1987, Peregrine Falcons nested successfully east of the Rocky Mountains for the first time since the 1960's. In 2007, there were 226 known territorial pairs throughout the Midwest and Canadian Great Lakes region. A minimum of 443 young were produced by these territorial pairs. Over the course of the project more than 2000 blood samples have been collected from banded chicks. In the future, we hope to use these samples to create a genetic profile of this recovered peregrine population.

This web site is intended to be a resource for both public education and scientific research. We strongly encourage the use of the information contained in this web site, particularly information in the database, by instructors who wish to build case studies into their biology curriculum. 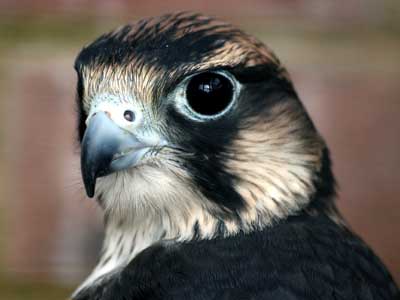 The site includes a searchable database containing demographic information on the Peregrine Falcon population in the Midwest and Canadian Great Lakes region from 1981 until present. A brief history and summary of the Midwest restoration project from its early days through 2004 is also included in this web site.